Still a genuine home-made brew as in days of yore

The MAXLRAIN CASTLE BREWERY was first officially mentioned in 1636. At the turn of the century, the beer brewing process was transferred from the Castle to the present brewery site newly erected about 1900. The enterprise has been managed since 1986 by Dr. Erich Prince von Lobkowicz. Maxlrain has always been noted for brewing exclusive beers. Thanks to consistent implementation of advanced quality standards, this initial home-made brew has since come to qualify for nation-wide acclaim. Thanks to the concerted action of Brewery Director Roland Bräger and Master Brewer Josef Kronast, more and more beer connoisseurs have come to cherish the fruits of these labours and raise their glasses with loud cheers to “Maxlrain, Our Ain – Our one and only brew!” 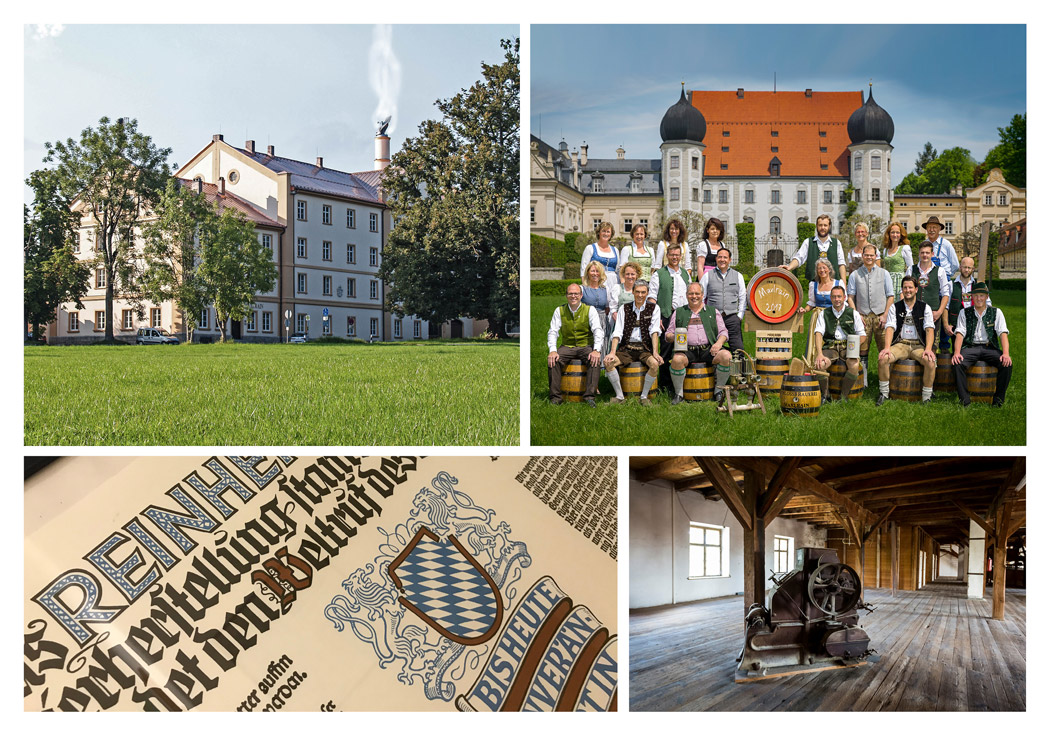 15 speciality beers – Palatable to every taste!

Our assortment includes classical pale lagers, wheat beers, Pilsen and dark lager styles, extending further to cover seasonal specialities as well as beers with reduced alcohol content and non-alcoholic varieties. Our avowed aim is to make every brew a premium beer. Valid proof of success having been achieved in this field is reflected in the prestigious awards we have received over the past number of years. This backs our policy of convincing every good judge of a natural artisanal-brewed beer by its taste and high quality. 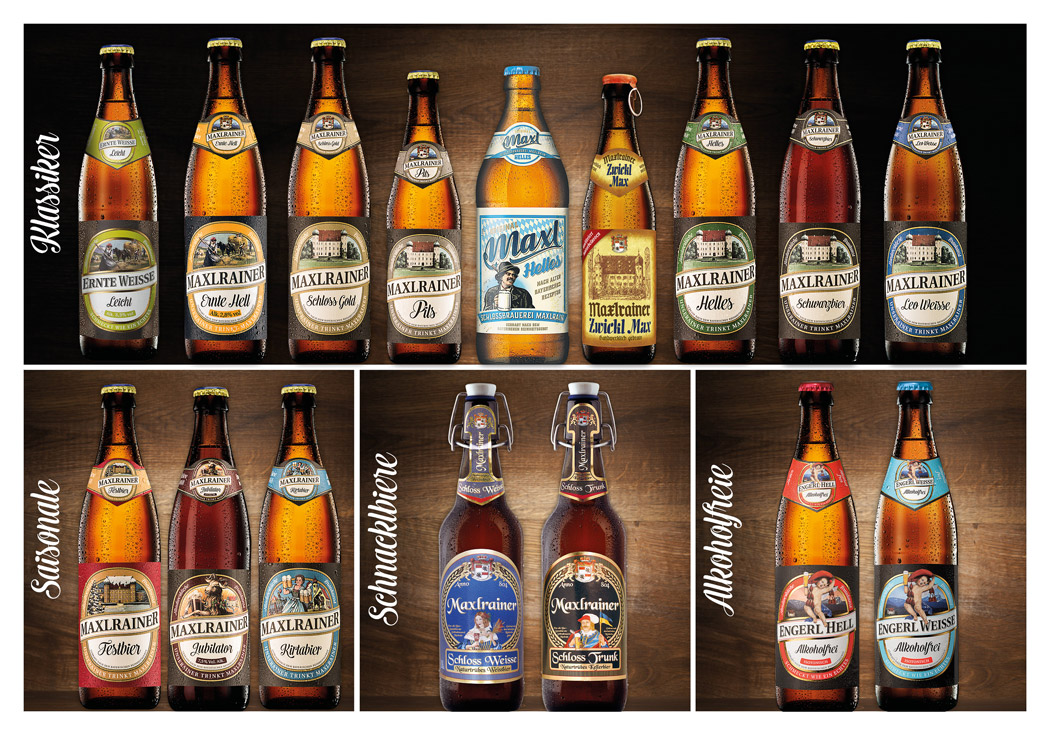 The skilled art of brewing

We at the MAXLRAIN CASTLE BREWERY are totally committed to the skilled art of beer brewing. Our small but highly skilled staff, headed by Master Brewer Josef Kronast, is fully uncompromising when it comes to brewing Germany’s best beer. Our unwavering creed: The Bavarian Purity Law on Beer! Our special claim lies in our ability to brew individual beers, each distinctive in character, from only four ingredients, qualities that stand out from the masses. What others term today as being craft brews have been a yardstick of normality here since 1636! 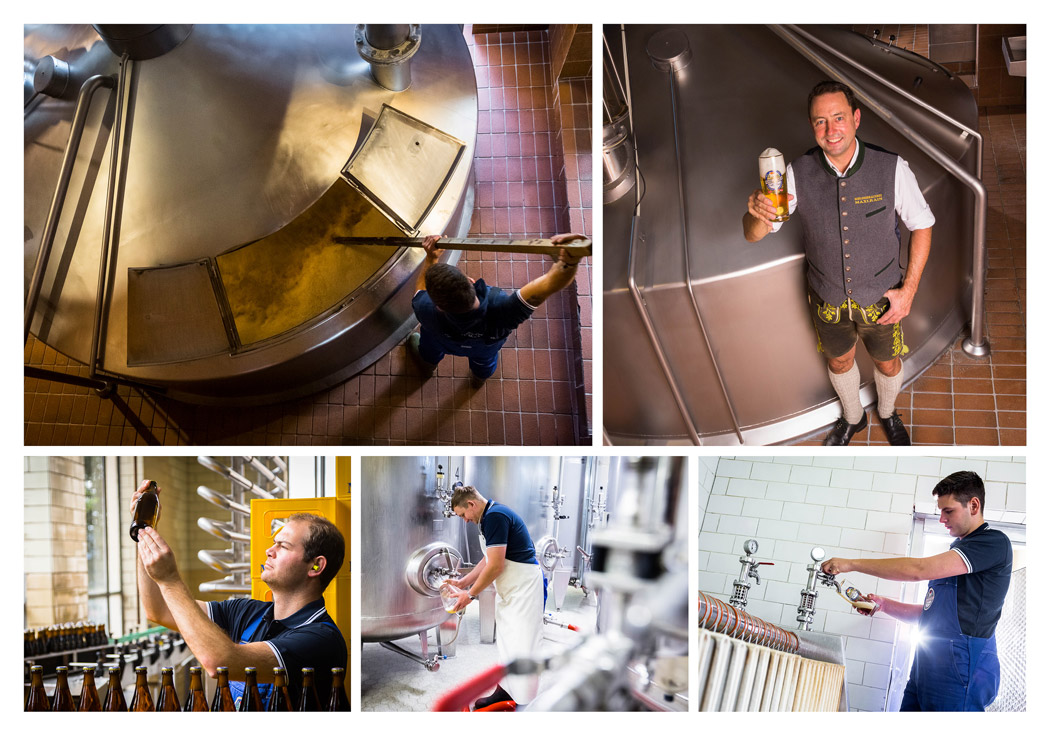 Nothing but the Very Best from the Hallertau Hop Growing Region

A premium beer can only emerge if all four ingredients are geared to first-class quality standards. Hops make an essential contribution to the taste of beer. However, it is judicious selection and the art of hop-dosing that makes the difference. That’s the reason why our preference has gone to an exclusive hop grower from the Hallertau Region who, like ourselves, settles for nothing less than gleaning ultimate quality from his hop cones as is clearly borne out by that grower’s prestigious awards. 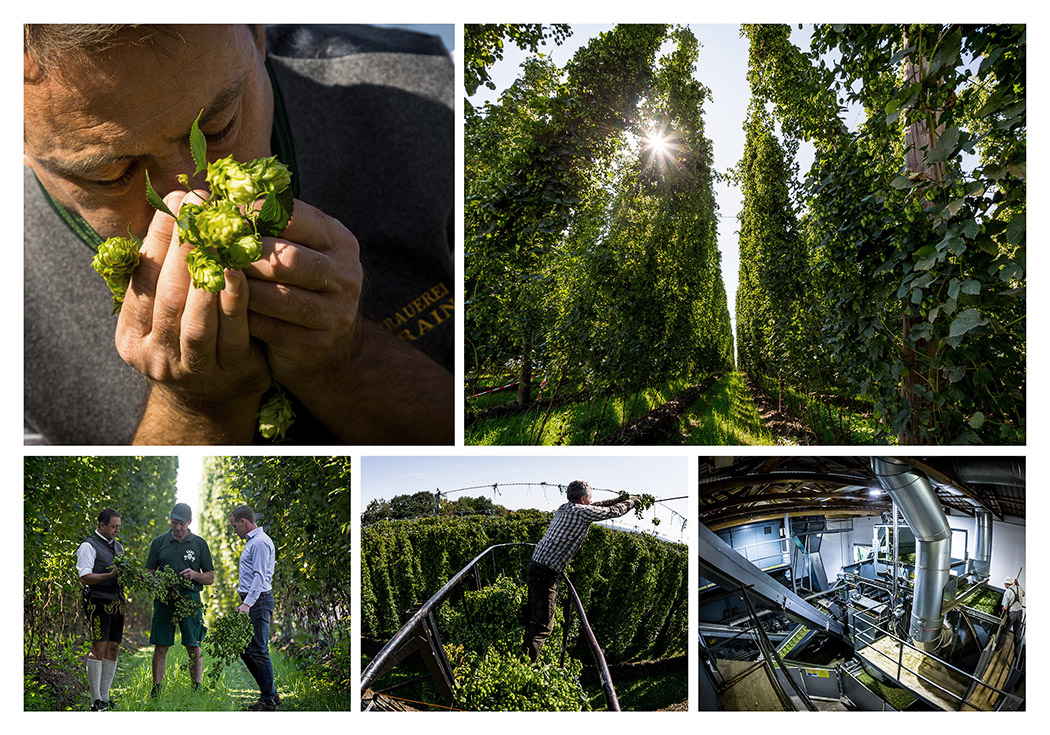 The Ingredients: Barley and resultant Malt

Like hops, the quality of malting barleys is a decisive factor having a strong bearing on the ultimate taste of beer. We work closely with regional growers who cultivate the traditional “old” malting barley varieties especially for our purposes. These time-tried bonds of cooperation with the growers are productive of perfect results and are a key component in maintaining the high quality standards of our products. 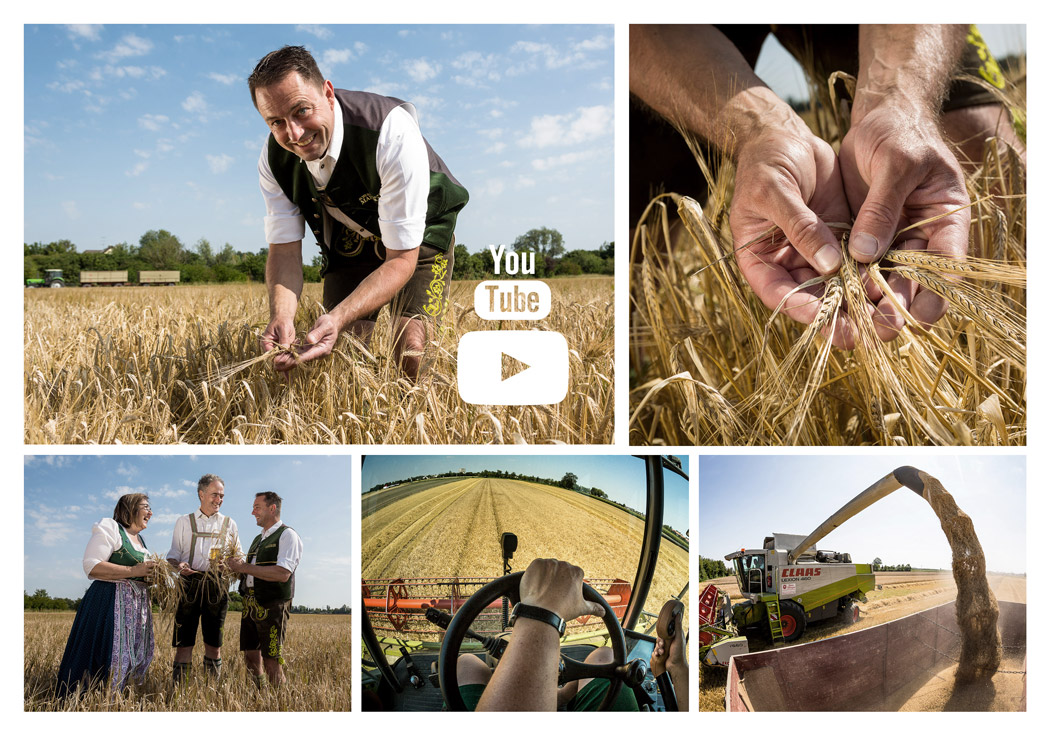 Crystal-clear brewing water freshly drawn water from our own source!

The fresh and crystal-clear water we use comes from our own spring. The quality of the water is exceptional and makes us fully independent of outside supplies.

We allow our beers time to mature

Industrial beers are hardly ever placed into storage nowadays. It is our policy to store a beer for several weeks so as to allow its full taste to mature properly. Depending on the variety, Maxlrain beer takes up to six weeks to ripen, from the first brew through to ultimate delivery to our customers. The result is full-bodied beers having a distinctively smooth round taste. 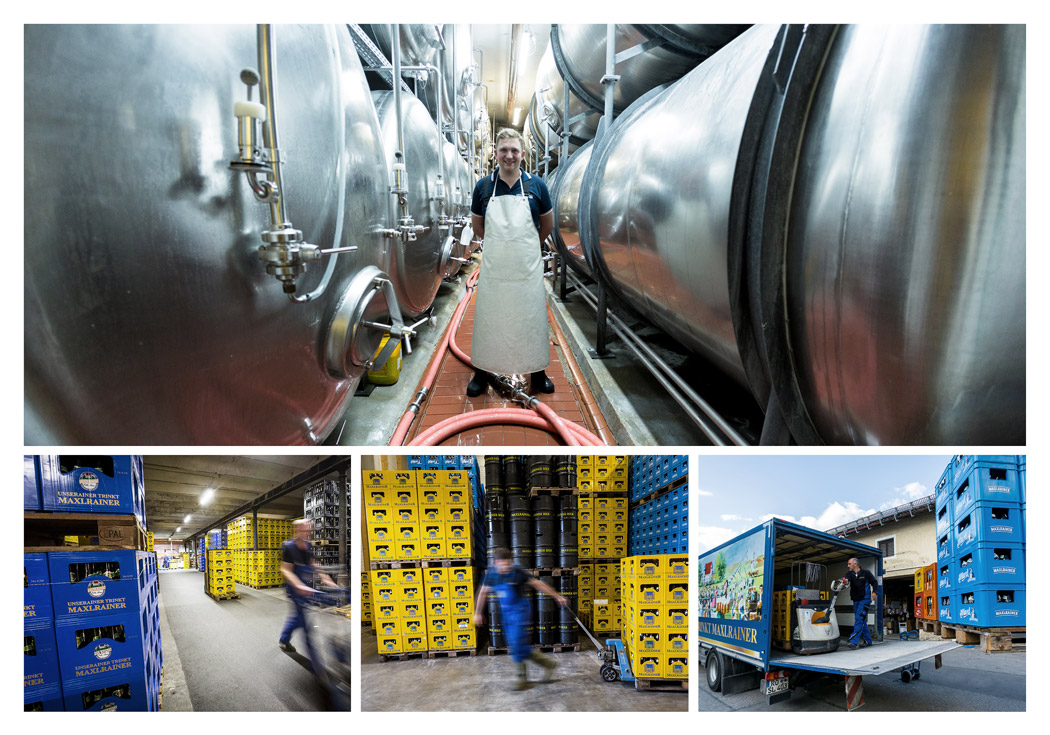 The best proof of our high quality standards living up to their promise are the multiple awards bestowed on our beers year in, year out. Never a year goes by in which we are not showered with gold medals conferred by the German Agricultural Society DLG for top rankings. We take pride in having qualified for the Federal Honorary Award nine years in succession including golden championship qualifications awarded in 2012 and 2016. This unmistakable quality leader status in Germany makes us one of the highest-ranking breweries nationwide. 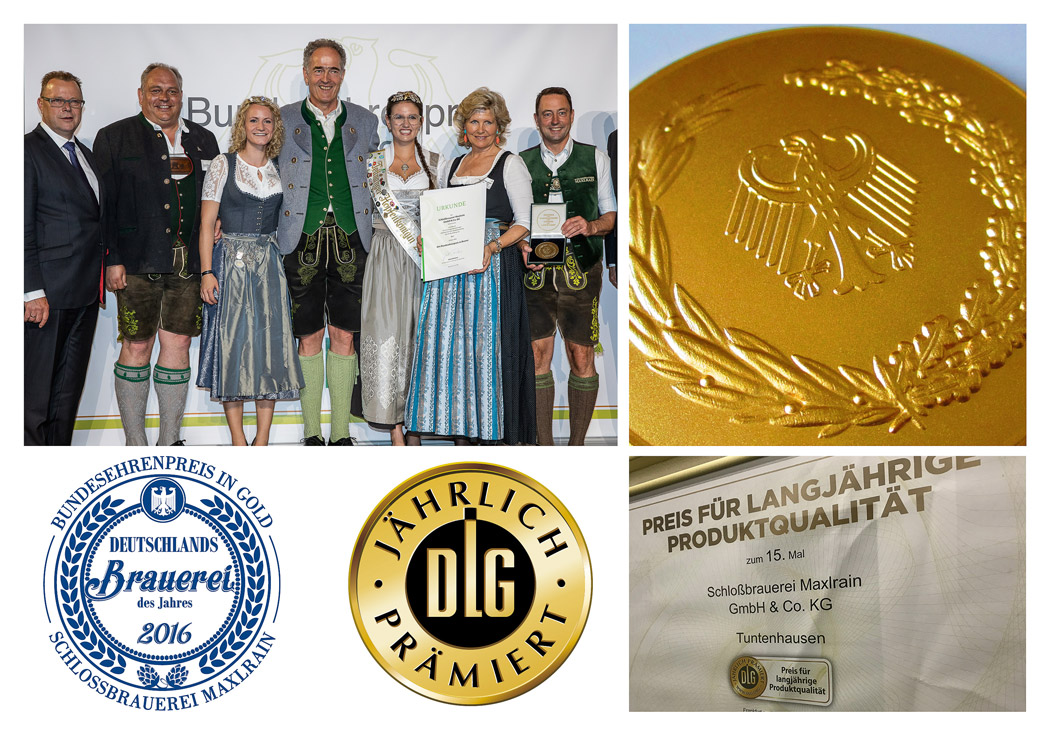 I am older than 18 years